The Hermiston School District is the largest school district in Eastern Oregon, exceeding 5,000 students, and continues to experience steady growth. It serves students in grades kindergarten through 12, with a broad range of programs from basic skills to vocational opportunities to advanced placement classes.

Here’s a list of schools, colleges and scholastic organizations in the region.

The largest high school in all of Eastern Oregon, Hermiston provides a robust offering of content courses as well as a variety of elective curriculums that are tied to regional college degrees, certificates, and programs. Annually, over 5000 college credits are earned across six recognized programs of study through partnerships with various community colleges and institutions of higher education, instructed on campus by qualified HHS staff.  more

Armand Larive Middle School
Armand Larive is a middle school of 650 students in rural Eastern Oregon. The original school, located on Ridgeway Avenue, was built in 1936 and was once home to Hermiston High School. It was demolished, relocated, and replaced in August 2011.  more

Rocky Heights Elementary School
Rocky Heights was built in 1962 and named after the nearby rocky prominence known as The Butte. Together, teachers, students, parents, and community members make our school a positive place to learn.  more

Sunset Elementary School
The original Sunset was erected in 1957 on the same site as the current building. Students entered the new facility in 2011. The site was shared with Armand Larive Middle School until the beginning of the 2011-12 school year.  more

West Park Elementary School
West Park Elementary was officially opened and dedicated in 1950 and rebuilt in 2011. In the sixty plus years that followed, West Park students, staff and families built enthusiasm and pride that is still felt throughout the building.  more

Hermiston ONLINE!
Hermiston ONLINE! provides students from the greater Umatilla and Morrow counties an opportunity to receive their education in an environment which may better suit the learning needs for them and their families.  more 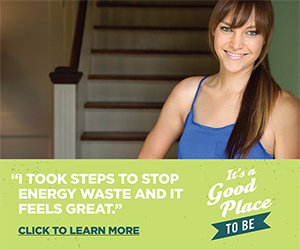