The future of Hermiston City Hall is up in the air for the time being.

Meeting in the basement of the Hermiston Public Library Monday night, the Hermiston City Council heard an update on the cost estimates following last month’s fire that caused extensive smoke damage to the 55-year-old building.

Hermiston City Manager Byron Smith said preliminary estimates are around $100,000 to get the building cleaned up and repaired. The fire started in the building’s furnace which was installed in the mid-1960s.

Smith said the building’s HVAC system will need replaced as will all the carpeting in the upper levels. The building will also need a new paint job.

On top of that, much of the building is not fully up to the standards set down by the Americans with Disabilities Act (ADA).

“There are lots of challenges,” said Smith.

Smith told the council Monday night that it might be time to look at constructing an all-new city hall.

Councilor Jackie Myers said the city was told there was little if anything that can be done to the current city hall to get it up to ADA standards.

Mayor Dave Drotzmann pointed out that Hermiston calls itself an inclusive city, yet those with disabilities find it difficult to access city hall.

The council agreed to have city staff continue to operate out of their temporary locations until a long-term solution is decided upon.

Smith said if design plans for a new city hall can be ready by summer, the new building could be ready in 18 months. 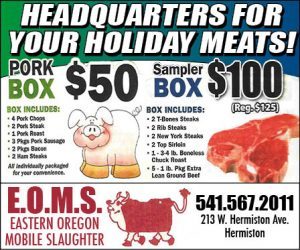